“Paul and Barnabas sent on their way by the Holy Spirit went down to Seleucia and sailed from there to Cyprus. When they arrived at Salamis, they proclaimed the word of God in the Jewish synagogues. John (Mark) was with them as their helper.” (Acts of the Apostles, ch.13, v. 4,5)

As the Year of Faith comes to its close, our parish organized a third pilgrimage in the footsteps of Saint Paul, after Panaghia Trooditissa and Kalopanaghiotis in May, and Saint Lazarus in Larnaca and Saint Heracleidios in Tamassos last June: a day in Salamis near Famagusta.

On Sunday 3rd November 2013 two buses full of happy pilgrims set off for a day of fellowship, prayer and recollection.

Salamis, the first site visited, lies on the eastern coast of Cyprus, currently under Turkish occupation. Founded circa 1100 BC by the Greek Teucer of the island of Salamis near Athens, it quickly became prosperous due to the rich copper mines of the region, its fertile plains and the sea trade. Over time, it subjugated neighbouring city states and, finally, under king Evagoras (411- 374 BC) unified the island of Cyprus becoming its first capital.

At the time of Saint Paul Salamis was not the capital anymore, having ceded its position to Paphos; it was nevertheless a wealthy city with a large and busy port, with luxurious public baths adorned with mosaics, beautiful temples, agora with colourful statues and porticos. Its theatre could seat 15,000 people and it had a sophisticated stage system that could re-enact famous sea-battles through the filling of its back section with water for the required special effect.

Saint Barnabas was a Cypriot, born in Salamis. He not only brought the Gospel to his native city and land, but he was martyred there, by stoning, in 61 AD. According to tradition Saint Mark, who was his cousin, buried his body privately, near the necropolis outside Salamis. His tomb was miracoulusly revealed to Bishop Anthemios in 478 AD. A little chapel was build over the site of the tomb. So, naturally, this was the second place visited. The tomb is several feet underground and one enters through the chapel. Carob trees are still growing all around.

There was plenty of time for everyone to venerate the tomb of Saint Barnabas. Encouraged and inspired by the holy place and the life and example of the apostle, all gathered for the Holy Mass. The celebration took place outdoors, by the southern side of the chapel. A gentle cool breeze added to the spiritual refreshment at Mass, and strengthened through the Eucharist the pilgrimage continued to Saint Barnabas monastery, a holy site converted to a Museum by the occupation forces.

Saint Barnabas monastery is a beautiful relatively small building complex in Byzantine style. Earliest traces dated from the late 5th century can be seen, but the church and existing buildings date from 1756. Exhibits ranging from the 4th millennium BC to the 8th century BC are well arranged and testify to the cosmopolitan character of Salamis, as all of them were excavated and discovered in that region.

On the way back to Paphos the pilgrims had the chance to be driven through Famagusta, alongside the Venetian walls, built in 1489, which seem very well preserved. The abandoned, since 1974, old city of Famagusta was an eerie sight and made one reflect on the unavoidable passing of time, on the futility of earthly glory and of the continual human suffering that is ever-present under so many forms.

Anchored in Faith, in the footsteps of the saint Apostles Paul, Barnabas and Mark, we have a charge, a message to spread, a hope to offer, a Person to make known and loved. Are we eager to be missionaries of Love Crucified? 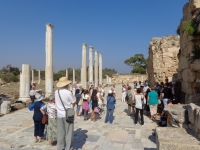 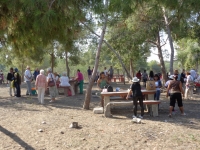 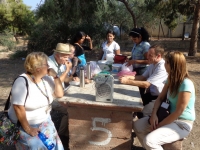 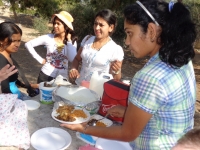 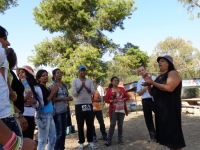 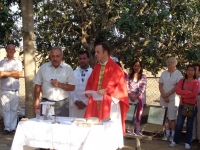 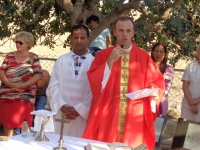 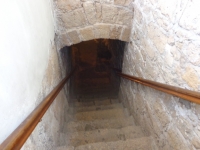 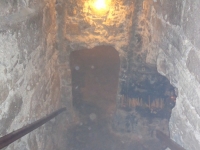 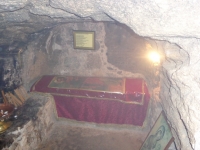 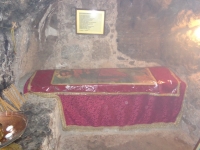 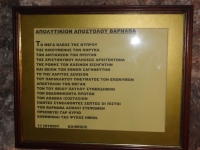 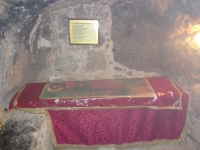 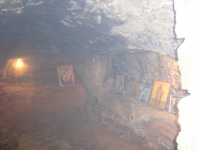 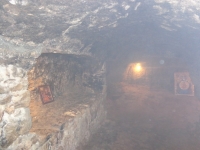 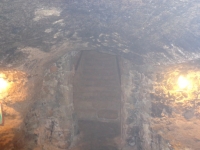 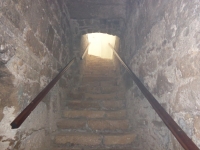